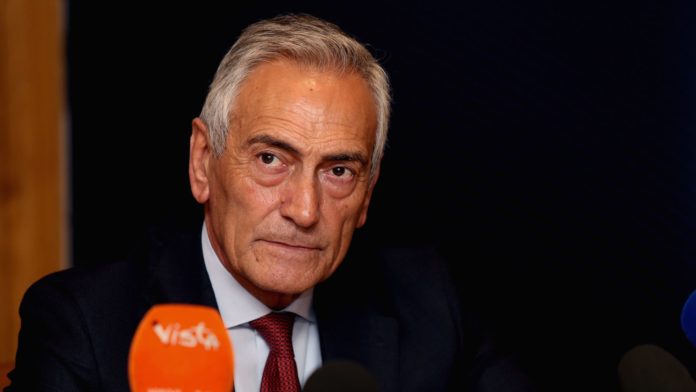 Italian Football Federation president Gabriele Gravina has warned that financial problems will arise if football in the country is not able to resume.

It comes ahead of a crunch week of talks, including one on Wednesday with the heads of Serie A, Serie B, the PFA and the referees’ association, with the initial step of resuming training likely to be hot on the agenda.

In an interview with national broadcaster, RAI, the 66-year-old also insisted he will not be the ‘undertaker’ of football in the country and that working towards a resumption is vital.

“At this moment there are two apparently opposing groups: the school of thought that believes that all activities should be closed to the world of sport and the other one, of which I am part of, which believes in resuming,” Gravina said.

“Football moves about five billion euros. Stopping today would be a disaster but we are worried because if football does not start again, there are problems for the future.

“A choice of this type would lead to unprecedented responsibilities. I cannot be the undertaker of Italian football.

“I have to defend football and I do not understand the resistance to not starting, with all the guarantees possible, a reorganisation of the entire sports movement.”

Italy has, to date, been the European country hardest hit by coronavirus, with over 23,000 deaths.

Sport in the country was originally suspended on March 9 and there have been tentative suggestions aimed at restarting it when it is deemed safe to do so.

UEFA have also previously announced that their intention is for European leagues to conclude by June 30, where possible.

Gravina acknowledges that the Federation will be directed by the Italian government and health advice, but insisted sport can be a beacon of hope for the country.

He also believes that fears over testing should not be a barrier to resuming play.

“This is a responsibility that I leave to the government, I would welcome it with more relief,” said Gravina, who previously has expressed concern about legal challenges if the season does not conclude.

“You can imagine the drama that I have been experiencing in recent weeks in having to hold this battle of mine almost isolated, but Italian football is not a monad separate from the other professional categories of our country and the other intercontinental institutions.

“There is however an important feeling: that of hope.

“I ask to be considered as a socio-economic impact movement of our country like other sectors.

“The football federation’s medical-scientific commission has established a protocol that has been sent to the Ministry of Sport and Health that guarantees the element of a closed group, so I don’t understand the worries.

“As for swabs and tests, there are clinics available. This cannot be the obstacle for restarting football.”