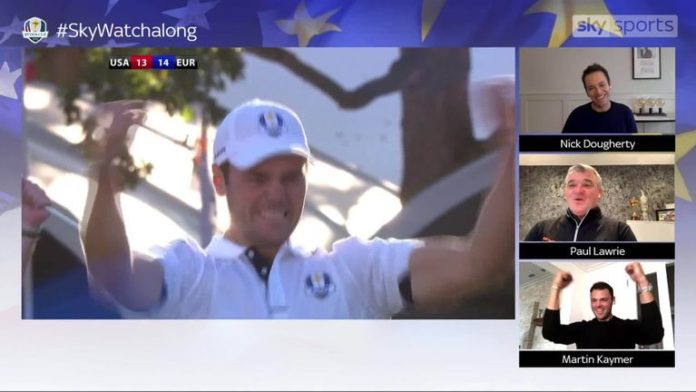 Poulter and Donald both featured in European victories late on Saturday afternoon to reduce the deficit to 10-6 heading into the Sunday singles, before playing pivotal parts in a history-making win for Jose Maria Olazabal’s side.

Donald shares details of the pressure he faced leading Europe in the opening singles match and the importance of delivering a win in the No 1 slot, while Poulter revealed how he battled through fatigue to produce a fourth victory of the week.

Lee Westwood and Paul Lawrie both featured in the show to discuss their winning performances and reflect on a remarkable Sunday, while Kaymer explains what got him through the final few holes of his must-win match against Steve Stricker.

McGinley provides a view from the backroom staff and reveals why they chose to send out Donald first, plus dishes out a previously untold story about potential wrongdoing in the American camp.

All of the players give their verdict on the performance of captain Olazabal that week and the influence Seve Ballesteros’ legacy had on the team, as well as sharing plenty of other stories from the 2012 contest!

Click on the video above to see the best of the Miracle at Medinah Watchalong!