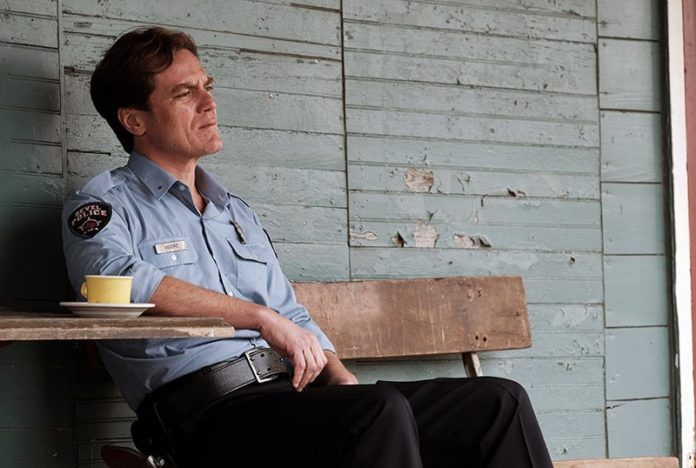 ComingSoon.net got the chance to chat with two-time Oscar nominee Michael Shannon (Knives Out) to discuss his latest film, the upcoming neo-noir crime thriller The Quarry in which he stars alongside Shea Whigham (Joker). The Scott Teems-helmed film is available now on digital platforms and VOD. You can grab your copy here!

From the novel by Damon Galgut comes this searing thriller, a tale of sin and redemption set in the wilds of Texas. After murdering a traveling preacher, a fugitive drifter (Whigham) travels to a small town and poses as the man he killed. Though the congregation loves the drifter’s sermons of forgiveness, the local police chief (Shannon) is suspicious of the man. Soon a gruesome discovery at a local quarry forces the killer to fight for his freedom.

Shannon stars as local police chief Moore, who walks a fine line between taking on an antagonistic role and positive character in the life of Whigham’s unnamed character, and he found his character to be “interesting,” almost not wanting to be a part of the project simply because of his character.

“The first time I read the script I thought, ‘I don’t like this guy very much.’ I was talking to Scott about it and I asked, ‘This guy, is he a dick or not?’” Shannon recalled. “Scott said, ‘Well I don’t know what do you think?’ I said, ‘Well, he could be a dick, but I think we could maybe do a version of him that’s a little more complicated than that.’ So we went down that road, which I was happy about. There’s a lot about the chief that we came up with that I like and that I understand and can relate to, and then there’s aspects of him that due to his own ignorance more than anything are not so flattering. But I think he realizes that throughout the course of the movie, I think that’s part of what the story is.”

Pick up your copy of the book here!

Once he was able to get past his initial hesitation over the character, Shannon found the biggest draw was getting to working alongside Whigham and was actually present during the talks of casting the 51-year-old Boardwalk Empire vet in the role.

“When they said, ‘How about Shea Whigham for The Man?’ I jus thought that was a phenomenal idea and I just know he would crush it,” Shannon said. “I think Shea is one of our finest actors and I love the idea of him getting to be the lead, he doesn’t get that opportunity as much as he deserves to, so I though this was a really great platform for him to show off his skills.”

The film is based on Galgut’s novel and though Shannon got the script a few years ago, he didn’t dive into the source material until after he had signed on for the project, but once he did, he found “it was interesting,” noting the differences between the two, including the depiction of his character.

“It was different, obviously, it was set in South Africa and the chief in the book is really super a man of few words and kind of an enigma, you don’t really get inside him too much, except to know he’s a pretty painful, intolerant person,” Shannon explained. “Other than that he’s pretty mysterious. I was glad that we loosened him up a bit.” 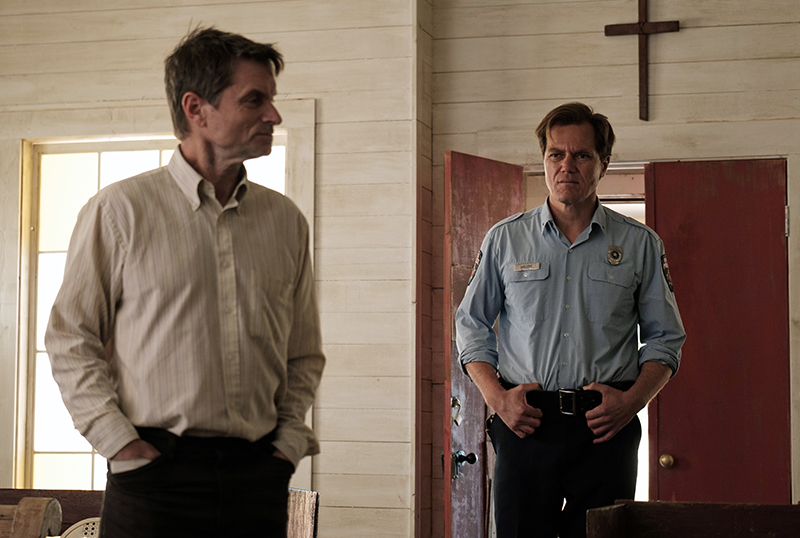 The 45-year-old star looked back fondly on his time working with Whigham, who he’s worked with on four projects prior including HBO’s acclaimed gangster drama Boardwalk Empire and Jeff Nichols’ set directorial effort Take Shelter, finding himself “in heaven” anytime he got to do a scene with him.

“I just love working with him, watching him, listening to him, reacting to him,” Shannon warmly described. “It’s like when you find the perfect tennis partner or something. I liked a lot of the folks in this, I liked working with Catalina, never worked with her before, and the kid, Bobby Soto, he’s dynamite. Seeing people show up and doing really strong work and getting to goof around a little bit. Chief’s got a goofy side to him that I enjoyed screwing around with a little bit.”

Though he got to explore his improv side with Rian Johnson’s Oscar-nominated whodunnit comedy Knives Out last year and helped develop his character in The Quarry, Shannon didn’t find he got to try out that side as much with his Chief Moore, given that the former film had “these large family arguments that are very hard to script” that were “very messy and very spontaneous,” whereas the crime thriller has a script that was “tight as hell and “wasn’t anything you’d want to mess with.”

Prior to having starred in The Quarry, Shannon has ventured into the noire genre before with films including Nocturnal Animals and 99 Homes, and in looking at what drives him to want to come back to that genre, he finds that “it seems to run parallel to the experience of being alive.”

“The world feels very shady right now and it’s hard to trust people and there’s a lot of heavy shit going down and when you look at noire itself, it was born out of a period of tremendous anxiety and strife and violence,” Shannon offered. “People are making analogies with the situation we’re in right now to World War II, when the Queen of England said, ‘I’ll be seeing you again.’ It seems to be the right time for a bit of noire. It’s a mystery to me why people watch movies, I’ve never quite been able to figure it out myself, but it seems to have something to do with the correlation between what’s happening in the world and what people are drawn to watch on the screen.”

The Quarry was originally going to premiere at last month’s South by Southwest Film Festival before the event was cancelled due to global health concerns and Shannon felt the cancellation “was sad,” especially because he was planning to reunite with frequent collaborator Nichols, with whom he has worked on all four of his films since his directorial debut Shotgun Stories in 2007.

“It was sad because Jeff Nichols was down in Austin and he was probably going to come see it,” Shannon explained. “Shea was going to have two films at the festival, so it was a real bummer for him. But at least we’re all still alive and not hooked up to a ventilator, so I can’t get too down about it, I guess. I sure feel helpless right now, what I know how to do is of absolutely no help in this situation. I would freaking go to a hospital if I knew the slightest way to help, but I don’t. People keep telling me, ‘Well even though you can’t save someone’s life with what you do, you can possibly enrich it somehow.’ As much as I’d like to see The Quarry get a theatrical release, because I think it has beautiful photography, I’m glad that it’s coming out at this time, offering people an event, something to take their minds off it for a couple hours.”

The Quarry will debut on digital platforms and VOD on April 17. 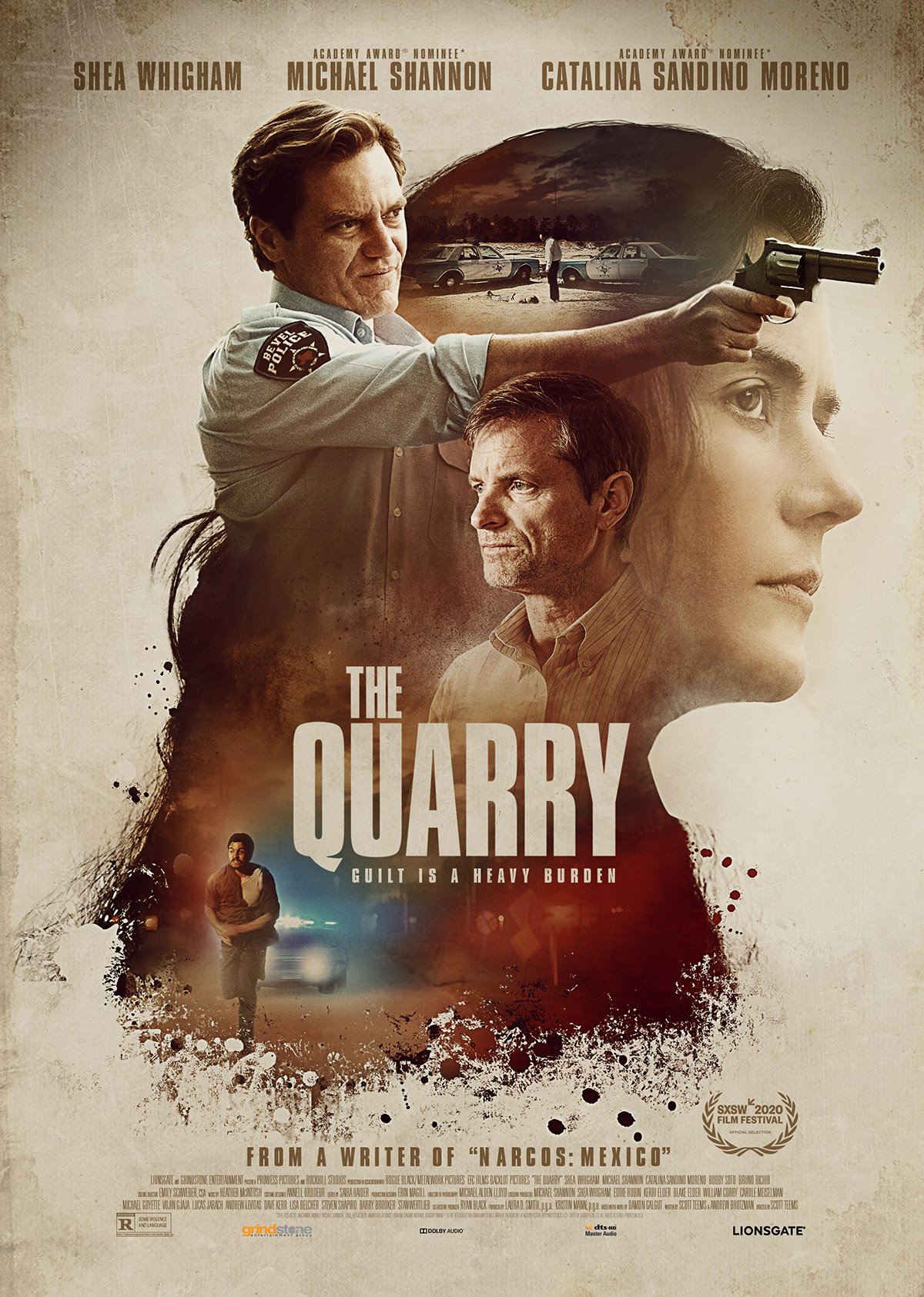