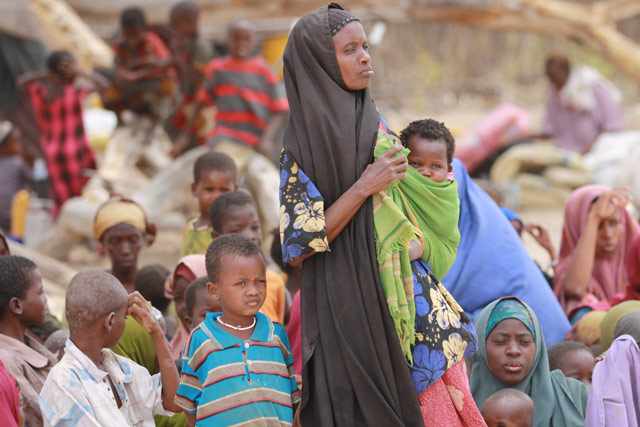 A new study estimates that famine and severe food insecurity in Somalia claimed the lives of about 258,000 people between October 2010 and April 2012, including 133,000 children under 5. Jointly funded and commissioned by the United Nations Food and Agriculture Organization’s (FAO) Food Security and Nutrition Analysis Unit for Somalia (FSNAU) and the USAID-funded FamineEarly Warning Systems Network (FEWS NET), the study is the first scientific estimate of the death toll from the food security emergency.

“With the expertise of two renowned institutions, we now have a picture of the true enormity of this human tragedy,’’ said Mark Smulders, Senior Economist for FAO. “Lessons drawn from this experience will help the international community, together with the people of the region, build a stronger and more resilient future.”

Lead authors of the study were Francesco Checchi, an epidemiologist and senior lecturer at the London School of Hygiene and Tropical Medicine, and Courtland Robinson, a demographer and Assistant Professor at the Center for Refugee and Disaster Response at the Johns Hopkins Bloomberg School of Public Health in Baltimore, Maryland.

“By nature, estimating mortality in emergencies is an imprecise science, but given the quantity and quality of data that were available, we are confident in the strength of the study,” said Chris Hillbruner, Decision Support Advisor for FEWS NET. “It suggests that what occurred in Somalia was one of the worst famines in the last 25 years.”

The study set out to quantify mortality attributable to severe food insecurity and famine, as well as when and where most deaths occurred. Other issues, such as the humanitarian response, were not evaluated. The study covered all of southern and central Somalia, the areas most affected by the 2010-11 drought, subsequent spikes in staple food prices, and constraints on humanitarian access. Mortality among new refugees arriving to camps at Dadaab, Kenya and Dollo Ado, Ethiopia was also assessed.

To capture the full scope of the emergency, the study considered a 28-month time period, from April 2010 to July 2012. However, the mortality estimates relate specifically to October 2010 to April 2012.

The figures are in addition to the 290,000 “baseline” deaths estimated to have occurred in the same area during the same period. That baseline, which includes conflict-related deaths, represents a mortality rate that is twice as high as the sub-Saharan average.  Compared to the 1992 Somalia famine, in which an estimated 220,000 people died over 12 months, the death toll for the recent event was higher. But the earlier famine is considered more severe because a larger percentage of the population died.