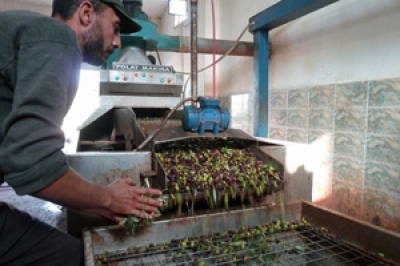 Twenty-two months of conflict has left Syria’s agricultural sector in tatters with cereal, fruit and vegetable production dropping for some by half and massive destruction of irrigation and other infrastructure, a UN mission has found.

The mission, from 18 to 22 January, was coordinated with both the government and the opposition and visited several affected areas in Damascus as well as in the governorates of Homs and Dara’a. The mission team was composed of emergency directors from seven UN humanitarian agencies and led by the UN Office for the Coordination of Humanitarian Affairs.

“The mission was struck by the plight of the Syrian people whose capacity to cope is dramatically eroded by 22 months of crisis,” said Dominique Burgeon, Director of FAO’s Emergency and Rehabilitation Division, who participated in the mission. “Destruction of infrastructure in all sectors is massive and it is clear that the longer the conflict will last, the longer it will take to rehabilitate it,” he said.

Of the 10 million Syrians who live in rural areas – about 46 percent of the population – 80 percent derive their livelihoods from agriculture. The mission found:

“It is clear from discussions with NGOs and technical officers of the Ministry of Agriculture and Agrarian Reform, that security conditions permitting, agriculture has a huge role to play in helping people to stay on their land and generate income to cope with their most urgent needs,” said Burgeon. “They however need urgent agricultural support in terms of seeds, fertilizers, animal feed, veterinary drugs, poultry and rehabilitation of irrigation infrastructure.”

Collection, analysis and dissemination of food security information are a key component of FAO’s future work. FAO is committed to significantly increase its support to the Syrian people and requires donor support in the context of the food component of the Syria Humanitarian Assistance Response Plan (SHARP), which remains critically underfunded. UN Secretary-General Ban Ki-moon will chair a high-level International Humanitarian Pledging Conference for Syria in Kuwait City on 30 January.