We all care about the environment, at least a tiny bit. Many of us recycle all we can and own a reusable tote bag or 10. Some of us might opt for organics when given the choice, and take more and more ride-shares instead of driving in our personal vehicles. But these things we do with the best intentions, it turns out, can fall somewhere between not helpful and completely counterproductive. Here are some of the worst offenses — and how to avoid them. 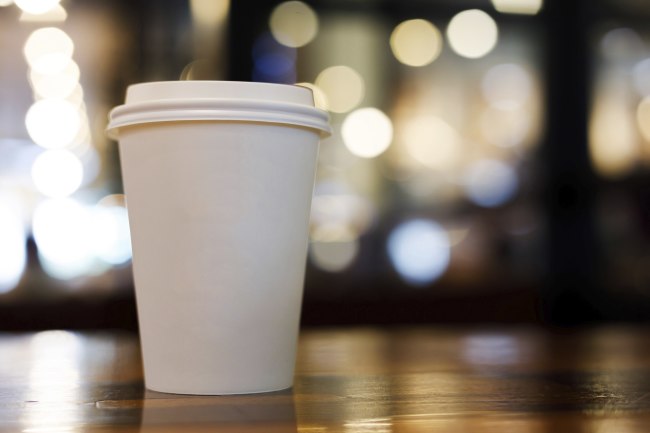 1. Recycling Something “Just In Case”

Sadly, “aspirational recycling” is not helpful at all. Although recycling centers do have ways of sorting recyclables from non-recyclables — called residuals — you’re just making more work for them. According to the National Waste & Recycling Association, contamination rates are around 25 percent. And then recycling centers still have to deal with your trash.

Since China announced it would no longer accept imports of plastic waste, recycling programs are even more strapped than usual, forcing some cities to implement plan B. Local and national news outlets reported in 2019 that Philadelphia had begun sending recyclables that were regularly contaminated straight to an incinerator, albeit one that generates electricity.

What’s recyclable also varies from place to place, so be sure you know what your town actually accepts. Not everything with a recycling symbol may be recyclable in your area.

Of course, there are things that are almost never recyclable that tend to make their way into bins, too. Common culprits are disposable paper cups, like the ones you might get to go from a coffee shop. The plastic-based lining that makes them liquid-proof is too hard to separate from the paper. Other offenders are paper towels, Styrofoam, glass from things like windows or mirrors, plastic bags (more on that in a sec), greasy pizza boxes and, really, anything that’s covered in food.

When in doubt, check out your city’s website; it should have a complete list of what is and isn’t accepted. 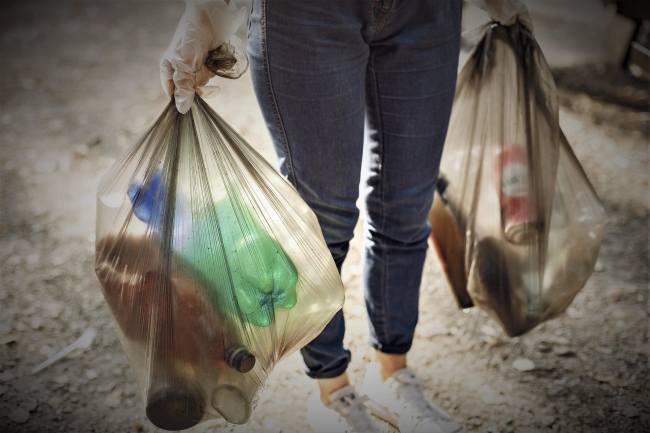 This one deserves its own number, because it’s still such a common practice. Cut it out! Don’t. Put. Plastic. Bags. In. The. Recycling. Bin.

If you put all your recyclables in a big plastic trash bag and put it in the bin — guess what — that could mean the whole thing is going to the landfill. If you must collect recyclables in a plastic bag, dump them out loose into the bin when you take them to the curb, and then toss the plastic bag in the trash where it belongs. (Or, you know, reuse it.)

Plastic bags like you get at the grocery store or big box store are recyclable, but you have to bring them back to a designated plastic-bags-only receptacle. There’s often one right inside the door at grocery stores or places like Walmart. A few other bags can get recycled here, too, like bread bags.

But other soft filmy plastics, like your candy wrappers, the film you peeled off your lunch meat container or the cellophane that held your muffin from the coffee shop — sorry to say, these are trash.

Why does this matter? Besides making more work for recycling centers (see No. 1), the soft plastics clog up the machinery. 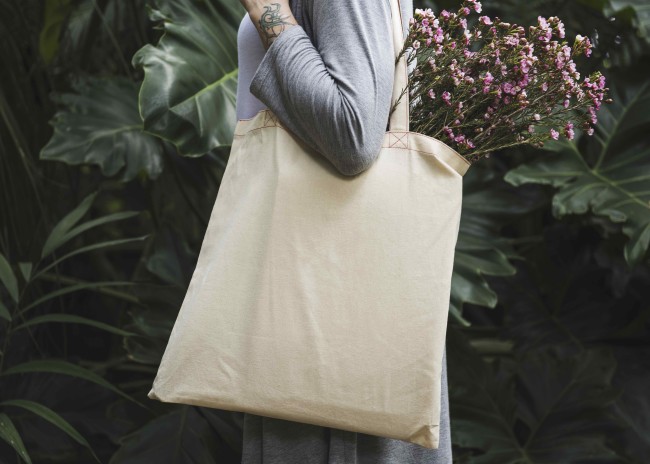 Ah, sorry to break it to you. Reusable grocery bags are one of the most popular ways people try to minimize their environmental footprint — when we actually remember to bring them in from our car trunks. Although cutting out plastic bags from your life is a good move, most people don’t stop to think about the impact of the tote bag itself.

In 2018, the Danish Environmental Protection Agency put together a big assessment of the environmental impacts of different types of shopping bags, from the thin plastic bags all the way up to what’s considered the most eco-friendly: organic cotton totes. As it turns out, it takes exponentially more resources to make a tote bag compared with the cheap polyethylene. The report analyzed how many times you’d need to use each type of bag to equal the environmental impact of a plastic one.

Paper bags and plastic-based reusable totes required between 35 and 84 re-uses. A cotton tote, though, had to be used 7,100 times. Organic cotton? 20,000 times. If you used your organic cotton bag twice a week for the rest of your life, it’d be worth it after 192 years.

Of course, if you’re already stocked up on tote bags — organic cotton or otherwise — the best thing you can do is keep using them (see No. 5). 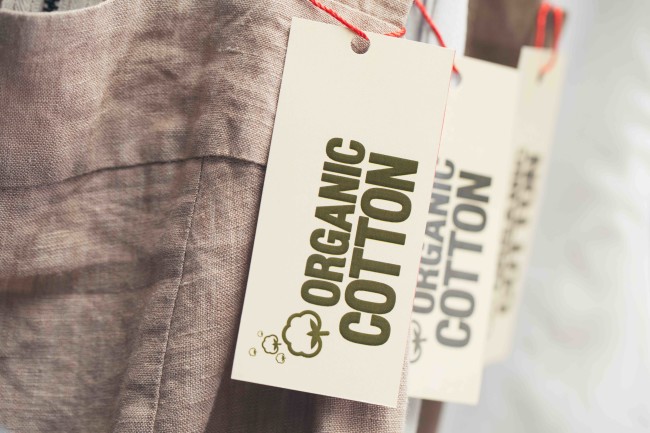 Well, if an organic cotton grocery bag is 20,000 times more resource-hungry than a flimsy plastic bag, that’s a pretty good hint that organic cotton is not a sustainable choice.

How could this be? Conventional cotton has been genetically engineered to resist a worldwide cotton pest, bollworms. Some estimates say this biotech has increased cotton yields between 60 and 100 percent — but it can’t be used on an organic farm. Plus, without pesticides, more of the organic crop is lost to pest damage. That means it takes a lot more organic cotton plants to make a T-shirt than it does conventional plants. That’s on top of cotton already being a fairly water- and chemical-intensive crop.

5. Buying new, More Sustainable Versions of Anything You Already Have

This one is easy to get wrong, even when your heart’s in the right place. Have you purchased a new tote bag, reusable water bottle, metal straw or coffee mug lately? What about those cute cutlery sets you can keep in your bag, so you don’t have to use disposable plastic utensils? If there already was a cup, bottle, utensil or container at home — or at a thrift shop — that you could’ve used instead of buying something new, you messed up.

That’s because any new product requires resources to make. Some are worse than others, sure, but anything new you buy has been made and likely shipped halfway around the world to reach you. It’s reduce, reuse, recycle for a reason. First, though, use less stuff. Instead of buying a new bamboo cutlery set for your purse, just grab a fork and spoon from your kitchen.

Instead of buying new mason jars, reuse the glass jars that your pickles and jam came in. And if you already have 10 water bottles, maybe don’t get an 11th, even if it’s labeled “eco-friendly. 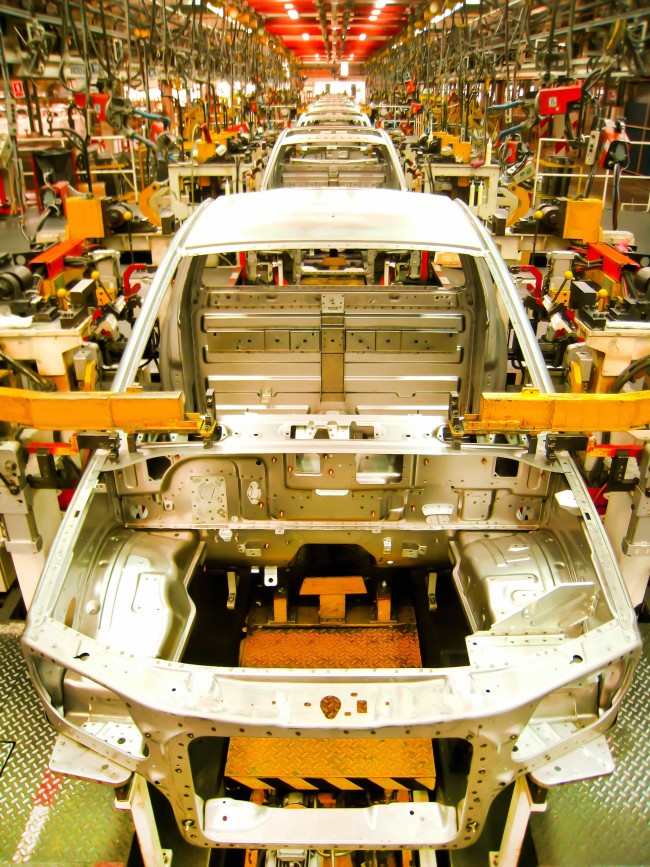 If you thought a new water bottle was bad, how about that new Prius? Yes, we’re happy about doubling our miles per gallon, but replacing an OK-mpg car (say, one that gets 30 mpg) with a shiny new one doesn’t come without its own environmental costs. A ton (literally) of materials is required to make a new car.

Don’t worry, researchers at the Argonne National Laboratory crunched the numbers, and the resources required to create a hybrid car do cancel out over the long run. But whenever possible, buying used and not new will keep your impact at a minimum.

City dwellers are increasingly forgoing car ownership. Making the switch to walking, biking and taking public transit is cheaper and more sustainable, and can mean you don’t have to sit in rushhour traffic or circle for parking spots ever again. But as ride-shares like Uber and Lyft have gained popularity, more attention is being given to the environmental blight that is cars that never stop driving. People tend to think of ride-shares as almost on par with public transit. But they’re not. They’re worse than taking a personal vehicle because they roam around between fares. This means the total number of miles your trip takes is more than just the distance you travel. A study published in 2018 in Transportation found that, in Denver, using ride-shares increased the average miles driven by 84 percent for each trip. 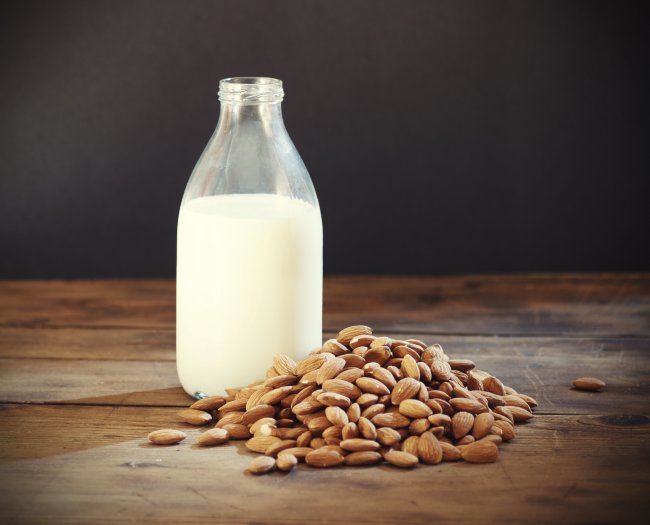 8. Assuming Anything Vegan, Organic, Local or Non-GMO is Environmentally Innocent

Hey, almond milk drinkers: This one’s for you. A lot of environmentally conscious people will gravitate toward products with some sort of “green” labeling like vegan, organic or non-GMO. But these labels don’t guarantee the products are better for the environment than their conventional counterparts.

We met organic cotton already, and it’s lately become apparent that almond milk isn’t a great choice, either. Although the nuts do have a smaller carbon footprint than cow’s milk, they’re still super water-hungry: It takes more than a gallon of water to grow one almond. Oat and soy milks use less water but also come with higher carbon footprints. (OK, and dairy milks are still the worst.)

In some places, buying a local version of a product can reduce its environmental impact by reducing the number of miles it had to travel to get to you. But this concept has diminishing returns, because of how super-efficient it is to ship things like produce in huge batches.

Worse, some people are so obsessed with “buying local” that “indoor farming” is becoming a thing. Though the idea behind local produce is to reduce the distance food has to travel — by buying local produce that’s in season — businesses are cropping up that will grow produce year-round, either in heated greenhouses or, in extreme cases, indoors. They’re literally replacing free sunshine and rain with electric bulbs and water hoses. Cornell University professor emeritus Louis Albright crunched the numbers on how impractical the practice is. He estimates it would take about three Empire State Buildings’ worth of space — about 8.2 million square feet — just to grow enough wheat to meet the bread needs of New York City residents. In a separate study, Albright calculated that artificial lighting systems could add more than 17 pounds of carbon emissions per pound of grown lettuce.

9. Putting Compostable or Biodegradable Stuff in the Landfill, Not the Compost Bin

With an upsurge of restaurants making the switch to compostable, biodegradable bowls, cups and servingware, one might assume that these are successfully reducing waste.

But, sadly, most landfills are set up so that even biodegradable stuff doesn’t biodegrade on any reasonable timescale. That’s because most decomposition comes from bacteria and fungi that require oxygen to do their thing. Landfills are tightly packed, and once “full,” they’re often sealed off with layers of clay and plastic to prevent liquids from seeping in or out. In anaerobic places like these, what little decomposition occurs is carried out by different organisms that create methane as a byproduct — if decomposition happens at all.

That’s why composting food waste is so important. The EPA estimates that most composting households send 28 percent less trash to the curb than their noncomposting peers.