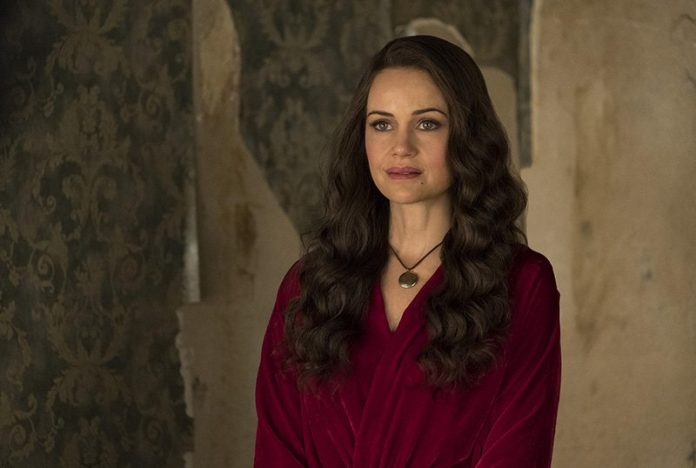 Mike Flanagan offers update on The Haunting of Bly Manor

With many productions being shut down and release dates shifted around at Netflix, some fans have begun to wonder how it will affect the arrival of the highly-anticipated The Haunting of Bly Manor but series creator/director Mike Flanagan (Doctor Sleep) has responded to a fan on Twitter with an update on the second season of his horror anthology.

Going great. Still on schedule, we wrapped before the shutdown and post production has carrying on from home. The show is shaping up wonderfully, I’m thrilled with it. At the moment no reason to think it’ll be pushed. @netflix will announce the release date when they’re ready.


The Haunting of Bly Manor is inspired by Henry James’ psychological gothic horror novella The Turn of The Screw, which takes place almost entirely in an old country mansion. There, two young orphans are looked after by a young governess by whom most of the story is narrated by. Flanagan revealed that the season will actually adapt dozens of James’ horror stories, in addition to The Turn of the Screw.

Pedretti will play the governess, Dani, who is looking after two unique children. Jackson-Cohen will play Peter, “a charming fellow.” Ainsworth and Smith will star as Miles and Flora from James’ novella, while Miller, Eve, and Kohli are set to star in lead roles.

A modern reimagining of Shirley Jackson’s iconic novel of the same name, The Haunting of Hill House Season 1 explored a group of siblings who, as children, grew up in what would go on to become the most famous haunted house in the country. Now adults, and forced back together in the face of tragedy, the family must finally confront the ghosts of their past — some of which still lurk in their minds while others may actually be stalking the shadows of Hill House. Created, directed and executive-produced by horror mastermind Mike Flanagan (Gerald’s Game), The Haunting of Hill House is a complex family drama wrapped in a chilling horror story. Trevor Macy served as executive producer alongside Flanagan. Meredith Averill acts as co-showrunner and executive producer. Justin Falvey and Darryl Frank executive produce, as well.

The Haunting of Hill House is written, directed and executive produced by Flanagan. His producing partner Trevor Macy will also executive produce alongside Amblin TV’s Darryl Frank and Justin Falvey.

The Haunting of Bly Manor will premiere in 2020 on Netflix.