Home Top News The world only needs 30 billion dollars a year to eradicate the... 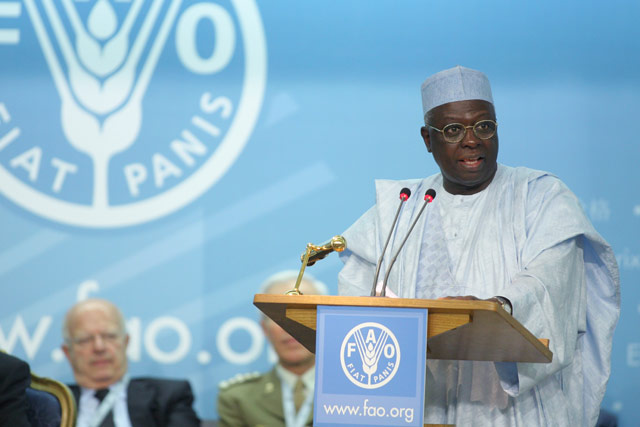 Noting that the time for talk was over and that action was urgently needed, FAO Director-General Jacques Diouf today appealed to world leaders for USD 30 billion a year to re-launch agriculture and avert future threats of conflicts over food.

In an impassioned speech at the opening of the Rome Summit called to de-fuse the current world food crisis, Dr Diouf noted that in 2006 the world spent USD 1 200 billion on arms while food wasted in a single country could cost USD 100 billion and excess consumption by the world’s obese amounted to USD 20 billion.

“Against that backdrop, how can we explain to people of good sense and good faith that it was not possible to find US$30 billion a year to enable 862 million hungry people to enjoy the most fundamental of human rights: the right to food and thus the right to life?” Dr Diouf asked.

“It is resources of this order of magnitude that would make it possible definitely to lay to rest the specter of conflicts over food that are looming on the horizon,” he added.