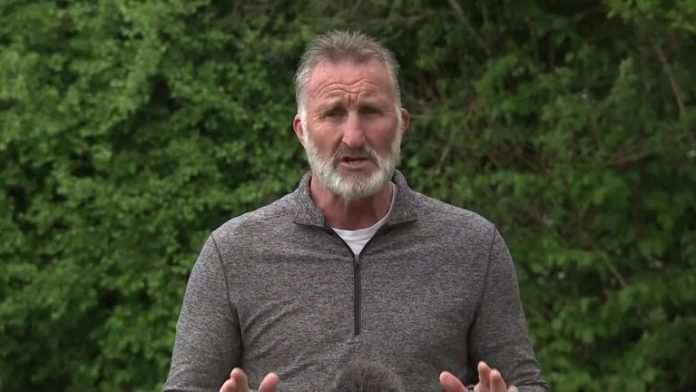 What’s top of the agenda?

‘Project Restart’ is a document that will be presented to all 20 clubs on their latest conference call.

It will outline how players can return to full training, should the government agree, and includes specific details of what will need to happen inside every training ground.

It’s been amended several times, in line with an ever-changing landscape, and it’s likely to take up a large part of the call.

The Premier League is considering resuming games in ‘approved stadiums’, so not every ground, and neutral venues, when it is safe to do so.

Those proposals are likely to trigger several robust conversations between clubs.

Is June 8 still the target?

It’s one date, the preferred one, but the Premier League will consider all dates in June.

A return to domestic football is entirely dependent on government approval, and medical advice, but, as we have seen this week, medical advice can differ.

Even FIFA and UEFA’s top medical officers can’t agree on when the game should resume.

Will this meeting determine the future of this season?

Highly unlikely – clubs will want to wait until the latest government guidance is revealed by May 7.

The Premier League has been in talks with government officials for weeks, and they have a further club meeting later next week.

There is a sense that the meeting next week will be more significant, given there will be more clarity from the government and further time to gather more advice.

Is testing the key?

Yes – and it is a highly emotive subject.

Clubs will be presented with proposals to test players and officials at least twice a week, if the government approves plans for them to return to full training.

The proposals have been drafted by Premier League medical advisor Dr Mark Gillett, following close consultation with other European leagues including La Liga in Spain and Bundesliga in Germany.

But testing will only be done on the understanding it does not compromise the testing of key workers during the coronavirus pandemic.

The tests will be paid for by the Premier League and privately sourced, so it does not take any resources from public health needs.

How the tests are being sourced has not yet been disclosed.

What happens if a player/staff member tests positive – will ‘Project Restart’ be shelved?

This is one of the key questions around football’s return, and we have yet to receive clarity on this matter.

It’s difficult to see how the game could continue if a player, or official, tests positive.

After all, the Premier League suspended the season following the positive tests of just two people in their competition – Arsenal’s Mikel Arteta and Chelsea’s Callum Hudson-Odoi.

Do players have a say?

A player’s health and safety must be the number one priority.

One Premier League club owner told Sky Sports News reporter Kaveh Solhekol that players will not be forced to return and will be given the option of staying at home when football resumes.

The player’s union, the Professional Footballers’ Association [PFA], would also be expected to provide updated guidance from its members.

Will the Premier League be guided by Bundesliga?

They will be watching closely, as they phase their return in Germany.

Premier League officials have been in regular contact with many top European leagues, including Bundesliga and La Liga.

Will the decision to scrap Ligue 1 in France and Eredivisie in the Netherlands have any influence?

No – the Premier League still currently wants to finish this season, in line with UEFA’s strong recommendation.

There has been nothing yet to suggest officials want to curtail this season.

Does every club agree with each other?

In public, there has been a united front with statements, and everybody agrees that public health remains the top priority.

But, based on media coverage this week, and unattributable comments, there would appear to be some disagreement over how, and when, the league should restart.

The Premier League prefers its clubs to reach a unanimous agreement and this latest meeting is a chance to air any issues in the privacy of a conference call.

Will alternative formats to finish season be on the agenda? What about European qualification routes?

The Premier League is not currently considering any change to its existing format and clubs remain committed to completing the remaining 92 games.

Technically, as UEFA have pointed out, the clubs that qualify for next season’s European competitions can be determined by a governing body – in this case the Football Association.

UEFA wants top leagues in Europe, including the Premier League, to let them know how they intend to restart the season by May 25.

What are the biggest challenges for the Premier League to consider?

The Premier League has no control over the coronavirus pandemic and can only be guided by the government.

Football fans can be forgiven for feeling confused, given conflicting developments in France and Germany.

One top league has been cancelled, the other is charging ahead with a swift return.

Coronavirus is affecting different countries in different ways, with varying government advice, and each league has many different contractual commitments.

This a complicated situation and we are nowhere near reaching clarity, in what remains an unpredictable, and desperately tragic, situation around the world.