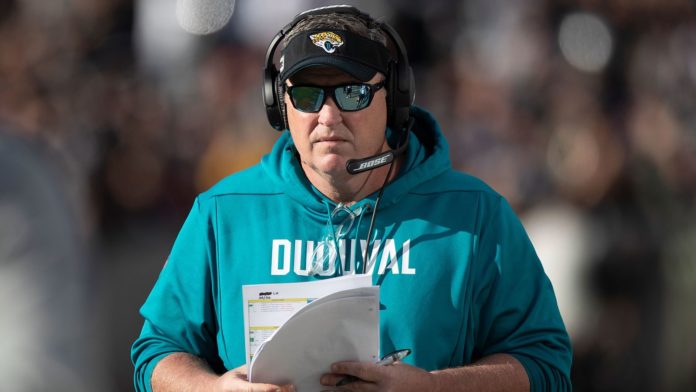 Jacksonville Jaguars head coach Doug Marrone would like to add a veteran quarterback behind Gardner Minshew.

Minshew, picked in the sixth round of the 2019 draft, enters the 2020 season as the No 1 quarterback on the Jaguars’ roster after Nick Foles was traded to the Chicago Bears.

The Jaguars selected Jake Luton out of Oregon State in the sixth round of the 2020 draft.

He will compete with Joshua Dobbs, who the Jaguars acquired from the Pittsburgh Steelers last September for a fifth-round pick, for the right to back up Minshew, unless the Jaguars bring in more competition.

“Yeah, he’s our quarterback, there’s no doubt about it,” Marrone said in an interview with NFL Network on Friday.

One potential upgrade could be Andy Dalton, who was released this week after spending the past nine seasons as the starting quarterback for the Cincinnati Bengals.

His first three years with the Bengals corresponded with Jay Gruden’s time as Cincinnati’s offensive coordinator.

Gruden, who was fired as the Washington Redskins’ head coach, is now the offensive coordinator of the Jaguars.

Minshew went 4-4 as the starter for the Jaguars last season.

The Bengals moved on from Dalton and drafted Joe Burrow with the No 1 overall pick in the 2020 NFL Draft.