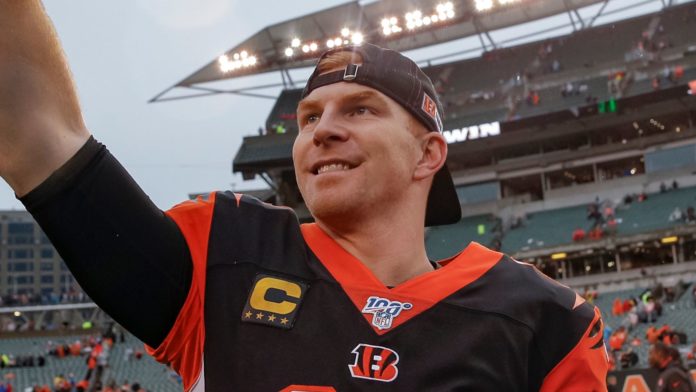 Former Cincinnati Bengals quarterback Andy Dalton said the delayed timing of his release did him no favours in his bid to join another team.

The Bengals released Dalton on Thursday, ending a nine-year association with the franchise, a week after taking former LSU quarterback Joe Burrow as the No 1 pick in this year’s draft.

“This year there were a good amount of quarterbacks that were available,” Dalton, 32, told the Bengals’ official website.

“I think it would have worked out differently if I had been a free agent when the new league year started. I was still under contract and that hurt me.”

The move was expected following a 2-14 finish in 2019, which handed them the first pick of this year’s draft.

“I’m sure teams knew they (the Bengals) were going to take a quarterback No. 1 and they would release me and there was no reason to rush into anything,” Dalton said.

Dalton ranks first in franchise history in touchdown passes (204) and second in passing yards (31,594). The three-time Pro Bowl selection started 133 of the Bengals’ 144 regular-season games over the past nine seasons and had a 70-61-2 record.

His longtime coach in Cincinnati, Marvin Lewis, had only praise for Dalton in an interview Friday with Pro Football Talk.

“Wherever he ends up,” Lewis said of Dalton, “he’ll be an asset.” Lewis continued: “He’s extremely smart, prepared, ready to go.”