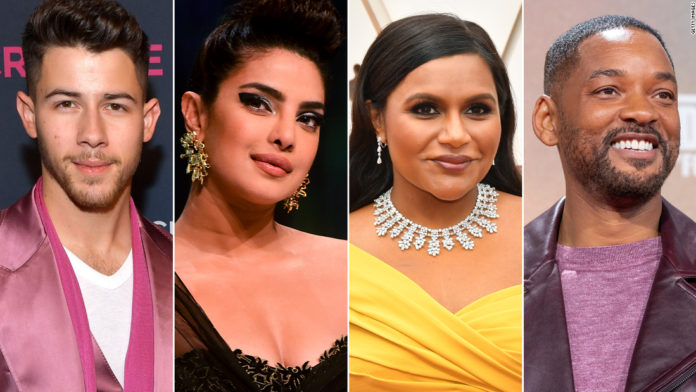 “So happy to be a small part of #IForIndia- India’s biggest fundraising concert,” Priyanka Chopra said on Instagram.
“India holds a really warm and special spot in my heart,” actor Will Smith said in a short video encouraging people to donate. “It’s really like a home away from home for me.”
The fundraiser concert on Facebook India is organized by GiveIndia and will help raise funds for the India COVID Response Fund, according to the organizers. Donations through Facebook Fundraiser and UPI, the Indian payment system, will be matched by donors, including A.T.E Chandra Foundation, Bill & Melinda Gates Foundation, Omidyar Network India and Rohini Nilekani Philanthropies.
“For the first time ever, the Indian entertainment industry and friends of the industry are coming together to organize the biggest home-to-home concert to ever happen from India,” the organizers said on Facebook. “As the grand finale of the #SocialForGood Live-athon, the ‘I for India’ initiative is an attempt to bring people together in solidarity against the challenges that this global pandemic has thrown at us.”
The concert will feature a who’s who of Bollywood figures as well as a number of American and British stars, including Jack Black, Kate Bosworth, Joe Jonas and Sophie Turner.
In India, 42,000 people have confirmed cases of coronavirus and nearly 1,400 people have died from the virus, according to Johns Hopkins University. The country of 1.3 billion people has been under nationwide lockdown since late March in a bid to contain the spread of the virus.
Two weeks ago, some of the world’s top stars helped raise nearly $128 million for the World Health Organization and other coronavirus response efforts by performing in a concert broadcast globally.
Lady Gaga, Stevie Wonder and the Rolling Stones were among the celebrities and musicians who took part in the 8-hour show called “One World: Together At Home.” Global Citizen, an international advocacy group that organized the event, said on Twitter that $127.9 million had been pledged in donations.