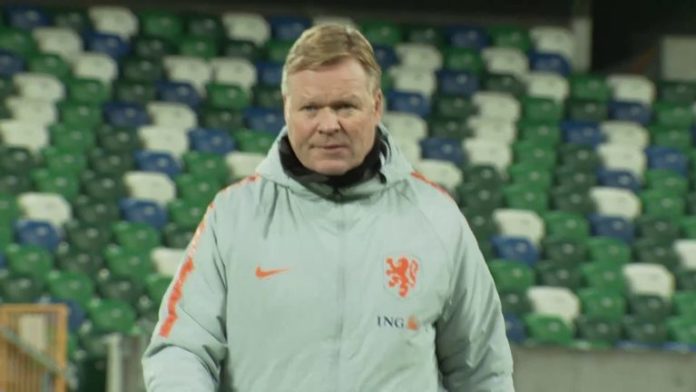 Netherlands coach Ronald Koeman underwent a heart procedure on Sunday at a hospital in Amsterdam after feeling pain in his chest.

The Dutch football association, the KNVB, confirmed Koeman underwent a “successful cardiac catheterisation” and will be released from hospital on Monday.

The KNVB said in a statement: “Ronald Koeman was hospitalised on Sunday evening after chest complaints.

“The 57-year-old national team coach of the Dutch national team has undergone a successful cardiac catheterisation and will return home tomorrow.

“We wish Ronald a lot of strength and improvement.”

A tweet from the KNVB added: “That is a shock. Fortunately things are going better again. Much strength and improvement, coach.”

Koeman’s management said the coach would be resting in the coming days.

Koeman has been the Dutch coach for just over two years and helped the country to qualify for Euro 2020, which has been postponed to next year due to the coronavirus pandemic.

The former international defender, who as a player won the European Cup with both PSV Eindhoven and Barcelona, managed in the Premier League with Everton and Southampton before taking charge of the Netherlands.

Everton tweeted: “Everyone at #EFC would like to wish former boss Ronald Koeman a speedy recovery.”

💙 l Everyone at #EFC would like to wish former boss @RonaldKoeman a speedy recovery. pic.twitter.com/oqkUURpmrU

Morgan Schneiderlin, who played under Koeman at both Southampton and Everton, tweeted: “Prayers are with you! Stay strong Ronald Koeman.”