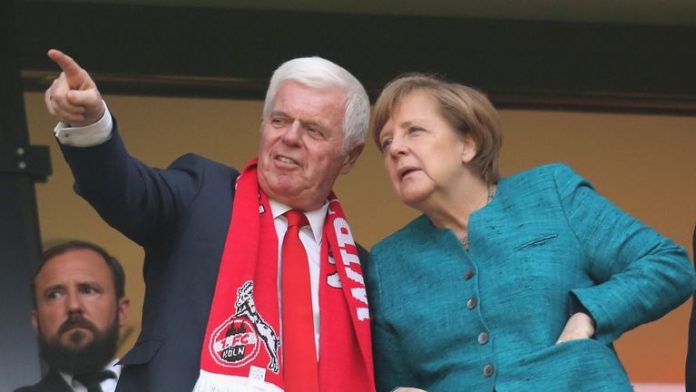 The resumption of the Bundesliga season will make weekends “easier for everyone” in Germany during the coronavirus pandemic, says Bayern Munich CEO Karl-Heinz Rummenigge.

The Bundesliga will restart on May 15 after the German government gave the green light on a return to action.

The Bundesliga is the first of any of Europe’s major leagues to be given clearance to resume playing since the coronavirus pandemic took hold. Two of Germany’s neighbours, the Netherlands and France, have ended their seasons.

Rummenigge believes the decision is an important step and one which can have a positive impact on society.

“FC Bayern feels great gratitude, satisfaction and a feeling of happiness. We’ve worked long and hard for this. With the green light from the politicians we have the requirements to restart the league. That is a important step for the Bundesliga.

“The Bavarian prime minister Markus Söder said that a weekend with Bundesliga is much more bearable than a weekend without. That sentence tells everything.

“We know, football isn’t systemically important. But football has a meaning for the society. When we start playing in the middle of May, those weekends will be easier for everyone.”

‘Bundesliga must be decided on the pitch, unlike Netherlands or France’

Rummenigge also praised organisers for not choosing to end competitions like neighbours France and Netherlands have done.

“It is important that the Bundesliga is decided on the pitch and not off the pitch like in the Netherlands or France,” he added.

“That leads to problems – who wins the championship, who qualifies for the Champions League, who will be relegated? That leads to dissatisfaction and legal problems.

“It is good that Bundesliga goes on. It would have had major financial impact if Bundesliga would have stopped. Big pain for all clubs.”

What preventative measures will Bayern take?

“[Bayern players and staff] will go into quarantine from Saturday in a hotel here in Munich. From then on, it will be guaranteed that the team with the support staff spend all their time among themselves.

“They will only leave the hotel to train. That will last one week, if the league resumes on May 15 or 16. We will adjust to the DFL concept, which was approved by the Ministry of Health, the Robert Koch Institute and the Ministry of Labour.”

‘Bundesliga restart should not impact transfers’

“If I am honest – it doesn’t [impact the transfer market].

“We have all worked hard to restart the season. Because of contractual issues that we have to take into account. It is a lucky day for football, for which I would also like to thank politics.

“We now have other issues. These are topics that we would like to deal with and decide on in the future.”