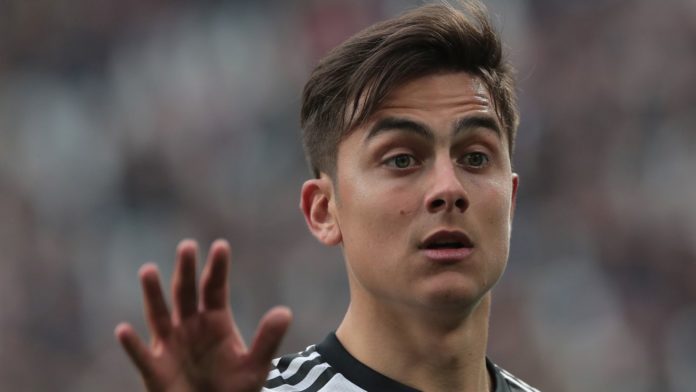 Juventus forward Paulo Dybala has fully recovered from coronavirus more than a month after he was first diagnosed.

Dybala’s two latest tests came back negative for COVID-19, Juventus said in a statement on Wednesday.

The club say the 26-year-old player has “therefore recovered and will no longer be subjected to the home isolation regime”.

Dybala first confirmed that he and his girlfriend, Oriana Sabatini, had contracted the coronavirus on March 21.

On Wednesday, he posted a message on Instagram that read: “My face says it all, i’m finally cured from COVID-19.”

An unidentified player at Juventus’ Turin-based neighbours Torino tested positive for the coronavirus in the first round of testing ahead of the club’s planned return to training on Friday.

“The player, currently asymptomatic, was immediately placed in quarantine and will be constantly monitored,” the club said on its website on Wednesday. It did not give any further details.

Serie A clubs have begun to return to training this week after Italy’s eight-week lockdown, the longest in Europe, although there has still been no decision on when, or if, the Serie A season can start again.

Although Serie A has said that all 20 of its clubs want to restart the season, Torino appear to have been among the less enthusiastic.

The club’s president Urbano Cairo said last week that Italy should already be thinking about next season.

Serie A’s bid to resume faces a test on Thursday when the medical guidelines drawn up by the Italian Football Federation (FIGC) will be discussed with the government’s technical-scientific committee.

Sports Minister Vincenzo Spadafora said last week that the guidelines were insufficient and that the chances of a restart were getting narrower.

On Wednesday, Spadafora told the lower house of parliament that the decision should not be rushed.

“I confirm my position and that of the government: we all hope that the championship can resume,” he said.

“But today it is impossible to identify a certain date, we must see how the contagion curve will react. We only began phase two (easing lockdown measures) two days again.”

“It must be taken into consideration that football does not allow for safe distancing or use of protective measures,” he added. “The idea of immediately deciding on a date goes against the need to analyse the data.”