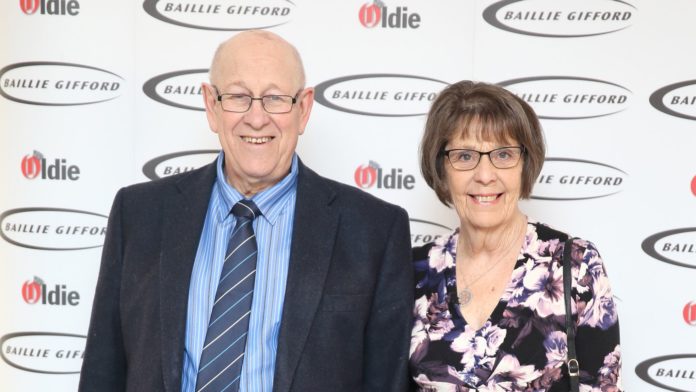 Gogglebox star June Bernicoff has died at the age of 82 after a short illness.

A statement from Channel 4 and production company Studio Lambert said she had died at home on 5 May with her family by her side.

She was on the show from the beginning with her husband Leon, who died in December 2017.

The statement added: “As the first couple to be cast for Gogglebox back in 2013, June and her husband Leon were a huge part of the programme’s success.

“Their warmth, wit and contrasting personalities endeared them to the nation during the course of the first 10 series.”

June’s death was not related to COVID-19, the broadcaster said.

The statement described her as “remarkably independent, principled woman with a vivacious sense of humour and a huge passion for life”, adding that she would be “dearly missed”.

“Our thoughts are with June’s family – Helen and Ian, Julie and Marc, and her beloved grandchildren Frances, Sam and Faye.

“The family would like to ask for privacy at this sad time, but would like to thank the hospice staff that supported them and cared for June so wonderfully and with such compassion in her final weeks.

“Despite her departure from the show in 2017, she remained a passionate supporter of the programme, watching it every week, and she was in regular contact with the production team.”

Gogglebox star Sandi Bogle wrote on Twitter: “So sad the beautiful June Bernicoff has sadly passed away” and actress Frances Barber said the news of June’s death had made her “weep”.

She added: “I adored them both so very much. Leon and June.

“What a wonderful couple they were.”

June wrote her first book about her and Leon’s love and life together following his death.

They met in 1955 and married five years later.