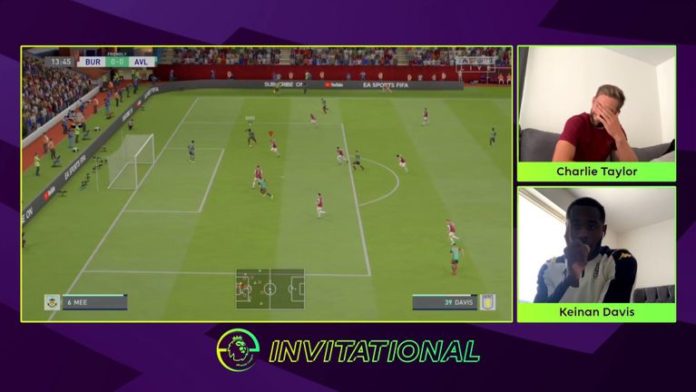 Follow Saturday’s action, live on YouTube, Sky Sports Premier League and via our live blog as a winner will be crowned

Keinan Davis sent out a message of intent by winning 8-1 as the final four were confirmed for Saturday’s Finals Day, live on Sky Sports.

On the fourth day of the tournament, which provides the unique opportunity to see Premier League players put their FIFA 20 skills to the test against one another on the big stage, the final four players booked their spots in the semi-finals to leave a mouthwatering finals day on Saturday, live on Sky Sports, where James Maddison will play Davis and John Egan meets Max Aarons.

Here’s how the four quarter-finals unfolded:

The Leicester midfielder netted the decisive goal with his own character to put his club through to finals day.

Aston Villa striker Davis showed off his credentials ahead of finals day as he scored a hat-trick with his own in-game character to put Taylor to the sword. The Burnley man had come through two matches to get to this stage but was no match for Davis, who is now the tournament favourite.

The battle of the Republic of Ireland internationals went the way of the Sheffield United man who had Lys Mousset to thank for scoring two crucial goals in the final stages for the Blades.

Egan will meet Aarons in the semi-final after the Norwich full-back earned a 3-1 success against Chelsea wing-back Emerson. After a tight first half, Aarons took charge after the break scoring three without reply.

How does the draw look?