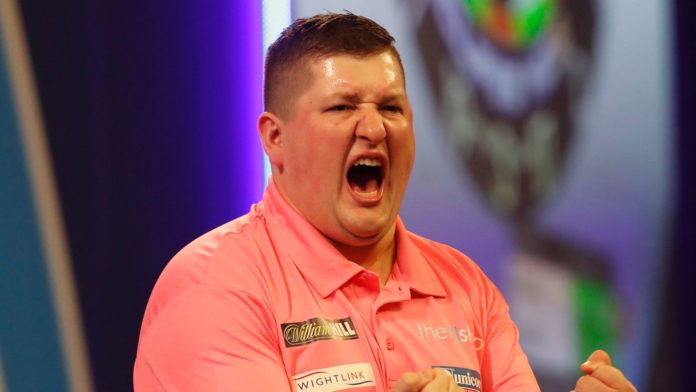 Watch live coverage of the PDC Home Tour every evening on the Sky Sports app from 7.30pm

Keegan Brown will make his second PDC Home Tour bow in Group 25 on Monday night having seen his involvement on Night 12 cut short due to a poor WiFi connection.

The former World Youth Champion has been part of the NHS workforce leading the nation’s fight against COVID-19 and had started in Group 12 before being forced to pull out.

He has since upgraded his connection and will now star in Monday’s group alongside former UK Open and World Grand Prix champion Robert Thornton.

The next phase of the competition is still to be explained as the PDC continues to monitor when regulation darts will be able to return safely.

The nightly league format will see all four competitors play each other once in matches played over the best of nine legs (first to five legs), with a winner crowned each night and progressing to the last 32.