Home Sport UEFA to discuss scheduling of leagues on Monday 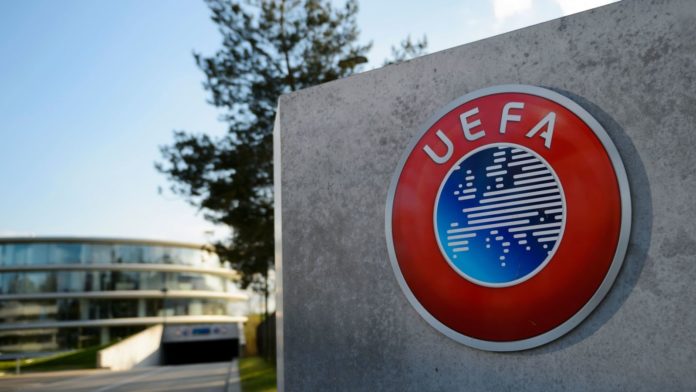 UEFA will hold further talks on Monday over the proposed scheduling of European leagues hoping to resume their season after peaks in the coronavirus pandemic.

The Premier League, EFL and Scottish Professional Football League are members of the European Leagues association.

France and the Netherlands have already ended their domestic season following restrictions put in place by governments.

Details involving Belgium’s Pro League are expected to be outlined at a general meeting on Friday [May 15] after the government extended a ban on all sports events until July 31.

The UEFA working group will make recommendations to the governing body’s top executives by May 27, when a decision is expected over whether to resume this season’s European games.

In April, UEFA confirmed its working group envisaged a return of domestic football before finishing remaining games in the Champions League and Europa League in August.

UEFA has asked Europe’s top leagues, including the Premier League and Scottish Premiership, to present their plans by May 25, which include a proposed return date and format.

“It is definitely possible to plan the restart of competitions suspended during the 2019/20 season”, said Professor Meyer, chairman of the UEFA Medical Committee, on April 29.

“All football organisations which are planning the restart of their competitions will produce comprehensive protocols dictating sanitary and operational conditions ensuring that the health of those involved in the games is protected and the integrity of public policy is preserved.”

UEFA has issued a “strong recommendation” that domestic seasons are finished.