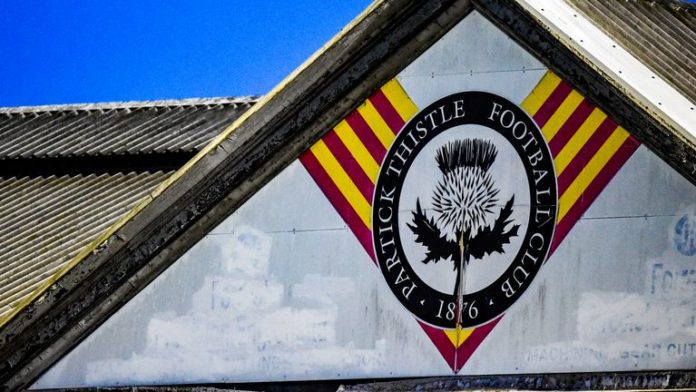 Aberdeen have said they will vote in favour for an independent investigation into the recent SPFL vote to end the lower league seasons in Scotland.

Rangers – who have called for the investigation into the circumstances surrounding the vote following claims of alleged bullying of clubs into backing the SPFL’s move – require 32 out of 42 clubs to back them at Tuesday’s EGM and have offered to cover the costs of any such investigation.

Scottish Championship side Inverness Caledonian Thistle have come forward to say they are prepared to testify to the independent investigation that they were bullied by an SPFL board member during the voting process.

It says Rangers’ dossier – which was sent to member clubs on Thursday – does not contain a “single shred of evidence” and dismissed the accusations made against chief executive Neil Doncaster and legal advisor Rod McKenzie, saying “if Rangers have any good reason for (them) to be suspended, we have yet to see it”.

Partick Thistle – relegated from the Scottish Championship after the decision to terminate the season for divisions below the Scottish Premiership – have also stated their intent to support the move to look again at the circumstances surrounding the original vote.

Aberdeen plan to follow suit and their chairman Dave Cormack told the Dons’ official website: “We reiterate our belief that an independent inquiry is the only way of drawing a line under what has become a highly damaging episode for the whole of Scottish football.

“There is a distressing lack of confidence and trust between the SPFL leadership and many of the clubs, and it is hard to see a resolution, far less a reconciliation, without some form of impartial and objective assessment of the many claims and counter-claims.

“Some of those involved will be prepared to make information known in confidence through an independent inquiry, which they would not otherwise be willing to disclose.

“The SPFL will be able to provide details of the contractual consequences for the SPFL of different possible outcomes, which they have felt unable to share with members, and therefore the opportunity to obtain confirmation that their proposal was the only practicable option available.

“Importantly, there will be the opportunity for the SPFL’s Chief Executive and Legal Advisor to be cleared of the serious allegations that have been made.

“It is difficult to see how these outcomes could be achieved in a different way.”

The club’s chairman, Ken Ferguson, is a member of the SPFL board which represents League One and League Two clubs.

A statement from the club read: “[…] in the recent dossier released in support of the EGM taking place at the SPFL tomorrow (Tuesday), there is an accusation which is pointed directly at our Chairman relating to his part in the run up to the SPFL vote which took place on Friday 10th April.

“This states, “It has also been alleged that Ken Ferguson (Brechin City Chairman and SPFL Board Director) called League Two clubs and told them that Inverness had changed their vote to YES and, as a result, the Resolution was going to be approved and that there was no point in League Two clubs voting NO.”

“This is categorically refuted. Unfortunately, this is feeding the current media frenzy and, by association, Brechin City FC and our Chairman are being subjected to un-necessary scrutiny and wholly unwarranted abuse.

“In addition to anecdotal evidence from all of the other League Two clubs, we have in our possession verification from each club that no such call was made. Furthermore, each League Two club is content to provide corroboration to this effect and has stressed that they are entirely relaxed (and in reality appreciative) of the integrity Ken displayed in his role as an SPFL Director in the lead up to the vote.”

Brechin City are bottom of League Two, and would have been in line to face a relegation play-off, had they not been scrapped following the SPFL vote.