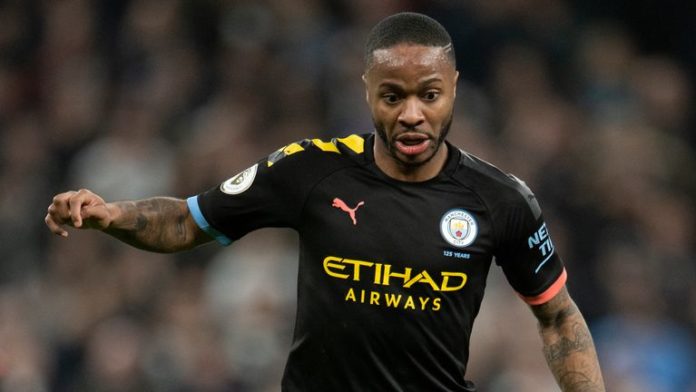 Sterling: “The moment we do go back it just needs to be a moment where it’s not just for footballing reasons, it’s safe for not just us footballers but the whole medical staff, referees.”

Raheem Sterling has reservations about the prospect of football resuming next month.

Elite football in Britain has been suspended due to the coronavirus outbreak since March 13, with Leicester’s 4-0 win over Aston Villa on March 9 the last Premier League fixture played, and Liverpool’s Champions League exit at the hands of Atletico Madrid on March 11 the most recent elite fixture in England.

PL: All clubs want home & away matches
No pro sport in England until June 1, says government

The government has indicated top-level sport in England could restart behind closed doors from June 1, and the Premier League is aiming for a return to action to complete the season in the coming weeks.

But Manchester City and England winger Sterling admits he has mixed emotions when it comes to the thought of Premier League football resuming in the not-too-distant future.

“The moment we do go back it just needs to be a moment where it’s not just for footballing reasons, it’s safe for not just us footballers but the whole medical staff, referees,” he said on his YouTube channel.

“I don’t know how that’s going to work, but I feel like once that side of the people’s safety and the player’s safety is secured and their wellbeing is looked after then that’s the right time to go back in.

“Until then, I’m…how can I say…not scared but reserved and thinking what the worst outcome could be. At the same time I’m looking forward to it and I really want to get back but hopefully it will all be well when we do get back.”

‘I knew it was serious when football got cancelled’

More than 32,000 people have now died in hospitals, care homes and the wider community after testing positive for coronavirus.

Sterling revealed he has been personally touched by the tragedy and has urged the public to stay safe and act responsibly.

“I knew it was serious when football got cancelled,” he said.

“I’m not saying football is the most important thing in the world but when a football event or the Premier League gets cancelled then you realise this is massive, this is something I’ve never seen.

“From the moment we got told we were off I knew this was very serious. I’ve had friends whose grandma’s passed away, I’ve had family members as well that have passed away. You’ve got to be wise and take care of yourself and those around you.”

Sterling said he has been working on individual aspects of his game during the lockdown including free-kicks and shooting with his left foot.

Although the 25-year-old feels he has benefited from that, he admits he misses his Manchester City team-mates and cannot wait to return to work with them.

“It’s just a weird one not being in a routine,” he said.

“I miss the boys, miss the training ground, the energy that you get driving into training. Even though it’s early in the morning it’s a good feeling.

“I miss a lot of the boys, just the energy in the changing rooms in the morning after you have breakfast you come down and everybody’s talking and having a good laugh. I can’t wait to get back, that’s for sure.”