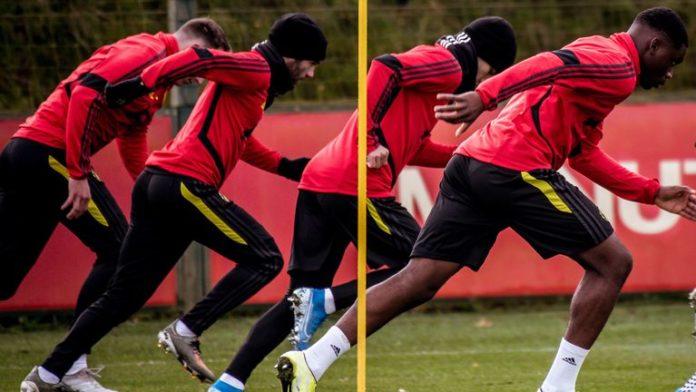 Players to be tested at least twice a week, including in 48 hours before they are due to train; managers reassured everything is being done to make sure they are not at risk

Premier League players who do not want to return to training will speak to their captains in the next 24 hours before deciding whether to go back to work next week.

After two months at home, many players want to go back to work but some think it is too soon to be thinking about playing again when thousands of people are dying every week.

Premier League captains held a meeting with the Premier League and medical experts this afternoon to talk through the protocols which will be in place to make sure training is as safe as possible.

Premier League clubs could start training again next Tuesday if the proposals are backed by players and managers and approved by the government and Public Health England.

A final decision will be made at the next Premier League shareholders’ meeting on Monday, and resuming training in tightly-controlled circumstances is seen as a first step towards the season restarting in the middle of next month.

The captains who took part in today’s two-hour meeting will now speak to the players at their clubs about the measures that have been put in place to make their training grounds as safe as possible.

Many players have concerns about their health and safety and the wellbeing of their families, and they have been told that no one will be forced to return to work.

“Some of our players don’t want to come back but the majority will,” one senior executive at a Premier League club said. “They’re going to play again in Germany so there’s no reason why we can’t try to as well.”

The fact that the return of Premier League football is likely to mean the use of 40,000 tests is also controversial for some players, as they will likely be tested at least twice a week, including in the 48 hours before they are due to train.

Another bone of contention is the so-called consent forms which players have to sign to show that they agree to abide by the new training protocols.

Although they are concerned that this could lead to them signing away some of their legal, insurance and employment rights, they have been told the forms do not supersede any of their club’s obligations to them.

Concerns covered at Wednesday’s meeting also included data which shows BAME groups are more at risk of catching and dying from Covid-19.

The PFA was represented at the meeting and they are seeking assurances that players who do not return will not have it held against them and will not have their pay frozen or deferred.

Premier League managers were also told that everything is being done to make sure they are not at risk when they are due to return to training next week.

They were told all team and coach meetings will continue to be done by videoconference and all data and video recordings of training sessions are to be made available to the Premier League.

Players will drive to training in their kit, alone in their cars. Their temperature will be checked at the entrance to the training ground. They will park in a designated space, three spaces away from anyone else.

There will be no food at the training ground. They will train in a group of five for a maximum of 75 minutes. They will be encouraged to wear a mask or snood. No tackling or spitting will be permitted. Everything will be disinfected, including the ball, pitch, goalposts, cones, and other training equipment.

Players must maintain social distancing at all times. If players are injured, they will be treated by a physio wearing PPE, which at minimum must include a mask, gloves and an apron.

Foreign players returning to England will not be allowed into the training ground for 14 days.