Home Sport Alonso? Vettel? What next for Renault 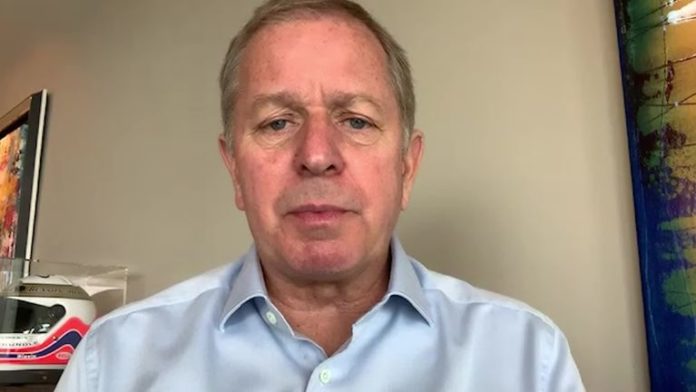 By James Galloway and Craig Slater

Renault are not expected to rush a decision on who partners Esteban Ocon at the team in 2021, after Daniel Ricciardo chose to join McLaren.

It is understood that the Enstone outfit will take their time considering their options.

Fernando Alonso, who won both his F1 titles with Renault, has been linked with a move, as has Sebastian Vettel after news of his end-of-season departure from Ferrari triggered this week’s sudden driver merryground for next season.

In a statement released by the team on Thursday, Renault confirmed that negotiations over a renewal for Ricciardo had broken down.

Team principal Cyril Abiteboul also said: “In our sport, and particularly within the current extraordinary situation, reciprocated confidence, unity and commitment are, more than ever, critical values for a works team.”

In an appearance on the Sky F1 Vodcast last week, Abiteboul said that while Ricciardo’s presence at the team “matters a lot to me” – he was adamant that their long-term strategy did not solely hinge on keeping the seven-time race winner.

“We can’t have the whole process and the whole strategy of Renault be down to the decision of one single man, that’s for sure. Even if that single man matters a lot to me,” said the Frenchman, who remained optimistic the company would stay in F1 beyond 2020 with big changes to the sport’s financial rules on the horizon.

Explaining that the target had to be on ensuring it was competitive for F1’s big change in car design, which has now been moved back to 2022, Abiteboul added: “The focus in the next two seasons will have to be on the hardware to make sure that any driver that we have in the future gets the best that we can offer so we can meet everybody’s expectations – starting with mine, starting with Renault – in 2022.”

Frenchman Ocon, a highly-rated talent, is in the first year of a two-season deal although the delayed start to the season means he has yet to race for Renault.

So what now on the driver front?

Linked with two of F1’s biggest names of the last decade – Alonso, who has not ruled out a return to the sport after leaving in 2018 – and four-time champion Vettel, Renault theoretically have two big-name options to consider in addition to other established drivers.

But are Renault in the market for either multiple champion?

Sky F1’s Martin Brundle said: “I do know Sebastian was talking to at least one team, so clearly retirement is not absolutely on his mind,

“He’s got to have a chance at Renault if he wants, that’s a works team. You’d worry going into the future, the Concorde Agreement’s coming up and the way the motor industry is at the moment…

“Renault will be lone rangers, they’ll be the only people using Renault engines as of 2021 as McLaren move over to Mercedes, which I think is what’s appealing to Ricciardo.

“I think Alonso is desperate to get back into Formula 1, he’ll be throwing his hat in the ring somewhere. Could it be a third trip to Renault for him?

“If I had to be money on it right now I think it might be Sebastian’s swansong, but we don’t know, and he’s still got great speed. It depends how much money Renault have got to spend, and where Formula 1 finds itself after these difficult times.”

An alternative, as already confirmed by Abiteboul, would be Renault’s own young driver programme.

“We also have a young driver academy in which we have invested a lot. The purpose of that academy was to bring a talent into Formula 1 by 2021,” said the team principal on the Vodcast.

“2021 is actually next year – that’s another option. Whether it’s an option we take or not we will see that later.”

F2 drivers Christian Lundgaard and Guanyu Zhou, along with F3’s British driver Max Fewtrell, are on their junior books.