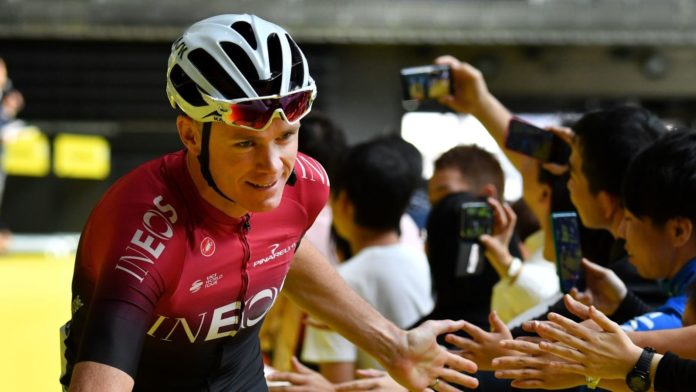 Cycling team are not concerned about Froome’s situation at present

Team Ineos have declined to comment on reports linking Chris Froome with a rare mid-season move to a rival outfit before this year’s Tour de France, but are understood to be relaxed about the seven-time Grand Tour winner’s contract situation.

Froome, who has fought back from career-threatening injuries suffered at the Criterium du Dauphine last summer to target a record-equalling fifth Tour de France title, is in the final year of his contract.

“The team does not comment on rider contracts or speculation,” a spokesperson for the team said.

Froome has been with the British-registered squad since 2010 but speculation is rife that he could look to leave as he faces stiff competition for team leadership from last year’s Tour winner Egan Bernal and his long-time team-mate Geraint Thomas, who won the Tour in 2018.

Cycling News on Thursday reported Froome – who turns 35 next week – is already in talks with potential suitors and discussions have involved the prospect of a mid-season move that could afford him leadership of a new squad in time for this year’s Tour, should it go ahead as planned starting on August 29.

Froome told Cycling News: “Following my crash last year and subsequent recovery I am extremely confident that I can return to Tour winning form. Which team that will be with beyond 2020, I don’t know yet.

“I have no intention of retiring any time soon. If anything, the crash has given me a renewed focus and drive. I have worked harder than I ever have to get back to where I am. I won’t let that be for nothing.”

Mid-season transfers are rare in cycling, with the last high-profile move coming six years ago when Rohan Dennis – now of Team Ineos – left Garmin for BMC Racing, and the possibility of one now seems particularly unlikely as several teams face sponsorship shortfalls and uncertain futures during the shutdown.

Team Ineos are not concerned about Froome’s situation at present, with contract talks not a primary concern during the crisis.

Froome won his fourth Tour title in 2017 but the following year raced the Giro in May, winning the Italian race, before heading to France where Thomas proved the stronger rider.

Since then, competition for team leadership has only grown with the emergence of Bernal, who last week told reporters in his native Colombia he could not see himself sacrificing himself for a team-mate if he was at 100 per cent during the Tour.